HOW ‘YOU’ IS TAKEN CAPTIVE 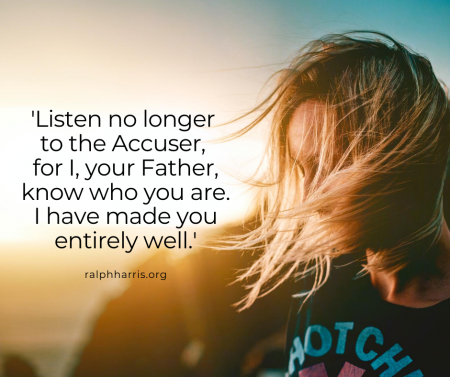 Chapter 2 of Paul’s letter to the Colossians strongly warns against being made captives. How does that happen?

6 Therefore as you have received Christ Jesus the Lord, so walk in Him, 7 having been firmly rooted and now being built up in Him and established in your faith, just as you were instructed, and overflowing with gratitude.

9 For in Him all the fullness of Deity dwells in bodily form, 10 and in Him you have been made complete, and He is the head over all rule and authority;

So if there is any excess weight on the frame that you’re in, if you could benefit by taking a class or two, or if you would be rewarded by exercising a bit, that’s fine. But the real you, the one made by God Himself through faith in Christ, the you made “complete”, is forever beyond prosecution. The “you” that God made is perfectly well-off with Him, has no fat(!), is entirely brilliant and beautiful, and lives in the power and authority of God. That “you,” the real “you,” is pure, forever forgiven, and united with God Himself.

That’s how you are, and that’s where you are. And that’s why you look at Jesus to find yourself. He’ll show you “you.” And that’s really good.